It started out as a snap-decision.

March had just turned into April. I knew that I wanted to study an undergraduate programme abroad, but with application deadlines being passed left and right, it didn’t appear to be turning out that way for me. That was until I was reminded of Amsterdam. I had been to the Dutch capital a number of times before, and had absolutely loved it every time. Also, during 4 months of travel through Asia, some of the best friends I had made along the way were Dutch, and I was really excited at the prospect of seeing them again and perhaps even more frequently if I could end up studying in the capital of their country.

So I decided to apply. After all, it was easier to back down once push came to shove, than trying to sneak in once the gates had been shut. The course was called “Econometrics and Operations Research”, and - from my own point of view - the application process was really easy and well organised. And lo and behold, at the end of the month, I had been called in for a “Mathematics Proficiency Test”.

After reviewing the material for two weeks, I packed my bag and flew to the Netherlands (it is possible to do the test at your own school, but since I had already finished high school almost two years earlier, this wasn’t really an option for me). Having caught the traveling bug a year before, I had been yearning, for some time, to go somewhere that wasn’t just an extension of my backyard. When I got off at Weesperplein, I was overcome with the same feeling that I’d gotten when I first arrived in Tokyo. Curiosity, wonder, and novelty, and yet somehow mixed with familiarity. It didn’t take long for the city to convince me that this could be my home. What had once been very much hypothetical was suddenly becoming a reality.

That evening, I ran into two Canadian girls who were staying in the same hostel as me. They were backpacking just as I had backpacked the year before. I reminisced at my own travels and the feeling of freedom that comes with living without an itinerary. But as I lay in my bed, trying to fall asleep, I found solace in knowing that the time was ripe for me to get back into the groove and start moving forward again.

The maths test was difficult and pushed my knowledge to its absolute limit. I walked out not feeling too confident about the result, but confident that I’d done my best and that no amount of luck could have changed the outcome.

When I came back to the hostel, the girls had gone, but when I sat down by the canals to read my book, a surprise was waiting for me. As bad as I had felt about the test, the note they had left me quickly helped to suppress my anxiety about the result. I spent the rest of my time in Amsterdam hanging out with friends I’d met while traveling, ravishing in the city’s gorgeousness and incredible ambience, buying old books, and playing chess at Max Euweplein - not very concerned about the test that had brought me there.

As it turns out, my worry would have been wasted anyway. At Amsterdam University, they do something really cool called “Matching”, which is where prospective students are exposed to the material in their courses to help them figure out what subject fits them best. And for me, that wasn’t “Econometrics and Operations Research” but rather “Economics and Business Economics”, as I found out during the matching program and which now will be the subject I'll be studying once I move to Amsterdam this fall.

So even though it was a somewhat bumpy ride, I am really excited about how it all turned out.

So, therefore, to all of you reading this, I would like to say the following:
When I applied, there was no guarantee that I would get accepted. Indeed, my own confidence was very limited. If you think that studying abroad may be right for you, go ahead and apply. The only way you can be sure to not get in is to not apply. Rejection is always easier to live with than regret.

If you may be interested in, or have any questions about studying abroad, feel free to reach out to us at info@nordic-sac.org or applying for the NSAC Conference 2018 which you can read a lot more about by clicking here. 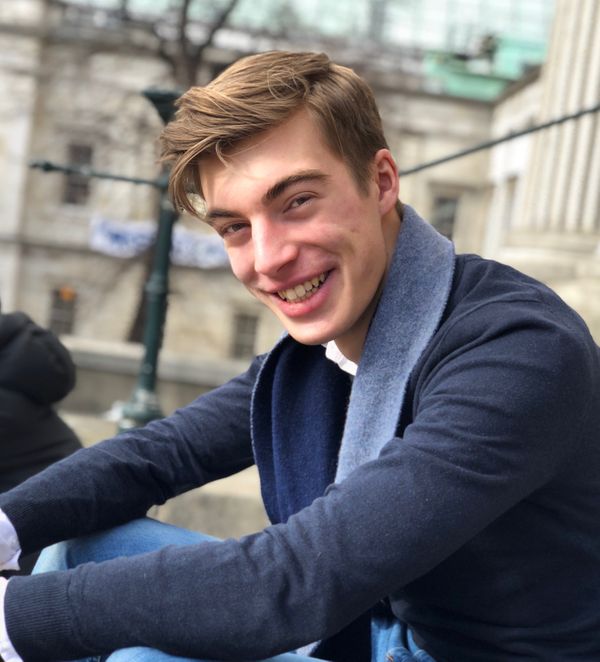 For many high school students, the most hated question is usually, “What will you do after you graduate?”. I am here to tell you not to worry, and to show you how last-minute dreams can become reality if you just dare to believe in it. 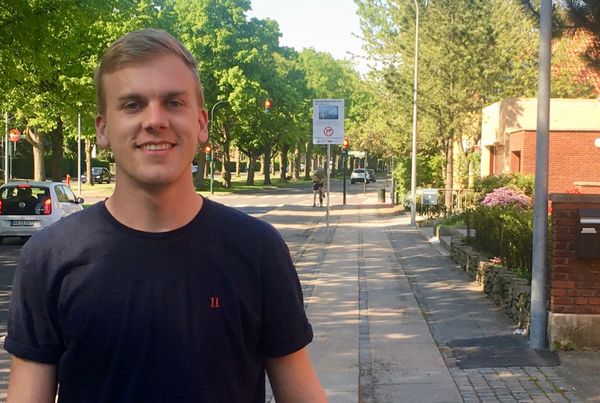 Having lived abroad in the past, I am very familiar will all the benefits of going abroad. Although it is hard to put words on it, living abroad just builds your character and provides you with so many amazing experiences.