Back in November 2018, I applied for exchange as part of my bachelor degree at CBS. I longed for new people, new cultures, and new adventures. Little did I know I was signing up for all of that to a much greater extent than I would have ever imagined.

I was accepted to the Hong Kong University of Science and Technology (HKUST) in May 2019, and in June the protests in Hong Kong evolved dramatically. When I arrived in Hong Kong in late August, the demonstrations were still ongoing, but everyday life continued more or less as usual. I was incredibly excited for my 5 months abroad and immediately fell in love with Hong Kong–from the somewhat westernized values to the profound Chinese traditions - it seemed like an amazing place to spend my exchange.

Following my desire for adventures, I had many plans of traveling all around Asia, and Hong Kong’s central location made it the perfect base for me to do so from. This resulted in trips to go see Formula 1 in Singapore, casinos in Macau, beaches in Bali, temples in South Korea, and the fascinating history of North Korea. Every one of those trips was, of course, a long-awaited sun-filled break from studying, but even more so they were experiences that changed my views of the world and the people in it. Everyday life in Hong Kong was, naturally, mostly spent in class, trying to get accustomed to the Asian education system and everything that entailed; living on campus, doing econometrics by hand, and spending long nights in the library. Fortunately, the HKUST campus is well-equipped, and I spent just as much time in the outside pool, in one of the four gyms, or on the tennis courts. When not in school, it was easy to take the subway to central Hong Kong and visit the horse racecourse, go to a bar, or get a round of dim sum. It was truly great.

However, when I felt we were just getting settled, everything was turned upside down in a single day. The protests escalated, and while one day everyone and everything was quite normal, the next day classes were canceled, and people were leaving Hong Kong in the blink of an eye. Even though in hindsight, one may have seen it coming, at the time it was relatively unexpected, very sudden, and, frankly, quite scary. I ended up getting the first ticket out of town to Hawaii, where my boyfriend was studying at the time. I packed up my dorm room in 20 minutes and left Hong Kong for the last time. I spent two weeks in Hawaii, not doing much except trying to grasp all that had happened. It was a lot to take in, and everything regarding exams and other practicalities was uncertain. But after A LOT of communication back and forth, it all worked out–I passed my courses, and I traveled back to Asia, where I spent the last month of my semester abroad; first in Myanmar and last in Thailand with good friends. Despite not being the exchange I had planned on, it was an incredible experience, and I wouldn’t have changed it for a thing. When talking to friends who have also been on exchange, most say that they have that feeling of it being different than expected–maybe not as dramatic, but at least different in one way or another. I guess that is kind of a universal thing; that despite vast preparation and months of excitement, you’ll never quite know what you’re heading into. But the one thing that they all also say is that, regardless, it was the best semester they ever had–and I think that is kind of a universal thing as well.

For as long as I can remember, I have been dreaming about living abroad. However, it was not before I moved to London this summer, that I got the chance 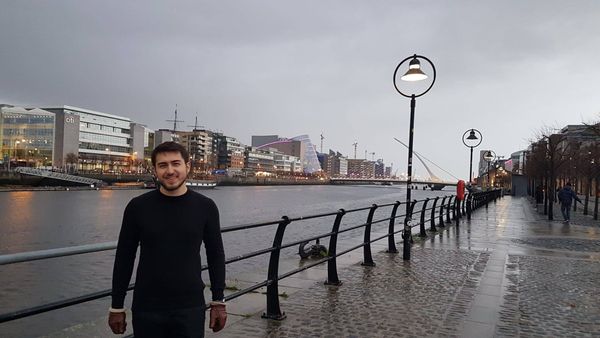 University subjects can be daunting and scary, however, throughout my experience I have found out that sharing this feeling with a good study group can significantly improve the experience out